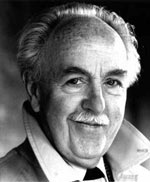 Derek was born on 11 March 1926 in Bradford, Yorkshire, the son of a journalist. He was educated at Bingley Grammar School. In 1944 he was called up to serve with the Green Howards  and the following year joined the Army Bureau of Current Affairs. In 1946 he was sent to Jerusalem and became an announcer for Forces Broadcasting.

After the war he went to train at the Royal Academy of Dramatic Art (RADA) where he won the Gertrude Lawrence Award for his performance in “French Without Tears”. His professional career started in Ilkley and Bridlington with Brian Rix and he went on to spend many years in repertory theatre around the country including Preston, Hull, Salisbury, Hornchurch, Croydon and Worthing. He also appeared in several plays in the West End. 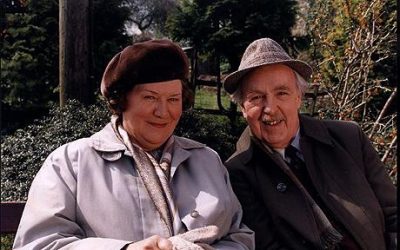 Derek became familar to British audiences from his many appearances on TV. In particular in the BBC’s long running 1970s series “The Brothers” in which he played Bill Riley the haulage companies foreman, and recently (1996-98) in the popular crime drama “Hetty Wainthropp Investigates” playing opposite Patricia Routledge as her husband.

He successfully combined the career of a character actor with that of a prolific boulevard playwright. Starting with The Young in Heart (1953), Benfield wrote more than 30 stage plays. Most were light comedies, often trading on marital misunderstandings, with occasional diversions such as Murder for the Asking (1966). Such titles as Post Horn Gallop (1964), A Bird in the Hand (1973) and Touch and Go (1982) clearly showed the influence of Brian Rix, in whose company Benfield had made his acting debut, in Yorkshire in 1948. They were popular in regional venues and with amateur dramatic companies, and were often performed abroad. Beyond a Joke (1979), starring Arthur Lowe, had its premiere at the Shanklin Theatre on the Isle of Wight. Bedside Manners, starring John Inman, had a tour in 1988,.

He died, aged 82, on 10 March 2009 and will be affectionately remembered as a diminutive, balding and often moustachioed actor who frequently played fathers and members of what used to be called “the lower orders”. But he was also a prolific playwright of good light-hearted comedies very suitable for amateur theatre.