Aldermaston Players are the local drama group for the village of Aldermaston in West Berkshire, UK.

As a company we aim to put on two theatre productions a year. In doing so we have built up a reputation, initially based on our annual dinner theatre evenings, that have run since the company began in 1996, but also since 2011 on our plays .

The dinner theatre evenings usually occur on the last two weekends of February and their success has helped us raise funds for other local causes and organisations.

Our second production each year is variable and can be either play evenings in September/October or an outdoor production in July.

We have talented members capable of putting on musical theatre, variety, plays and comedies. Many have appeared with other local amateur companies. 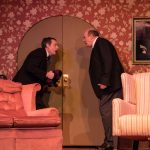 Just a brief note to say how very entertained we were by Come on Jeeves. Please pass on my congratulations ...
Read More 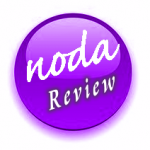 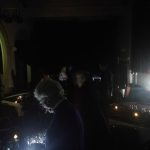 The show must go on!

On Saturday 15th February at approximately 9:20pm the lights went out at all over Aldermaston and the Parish Hall was ...
Read More 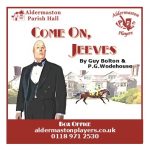